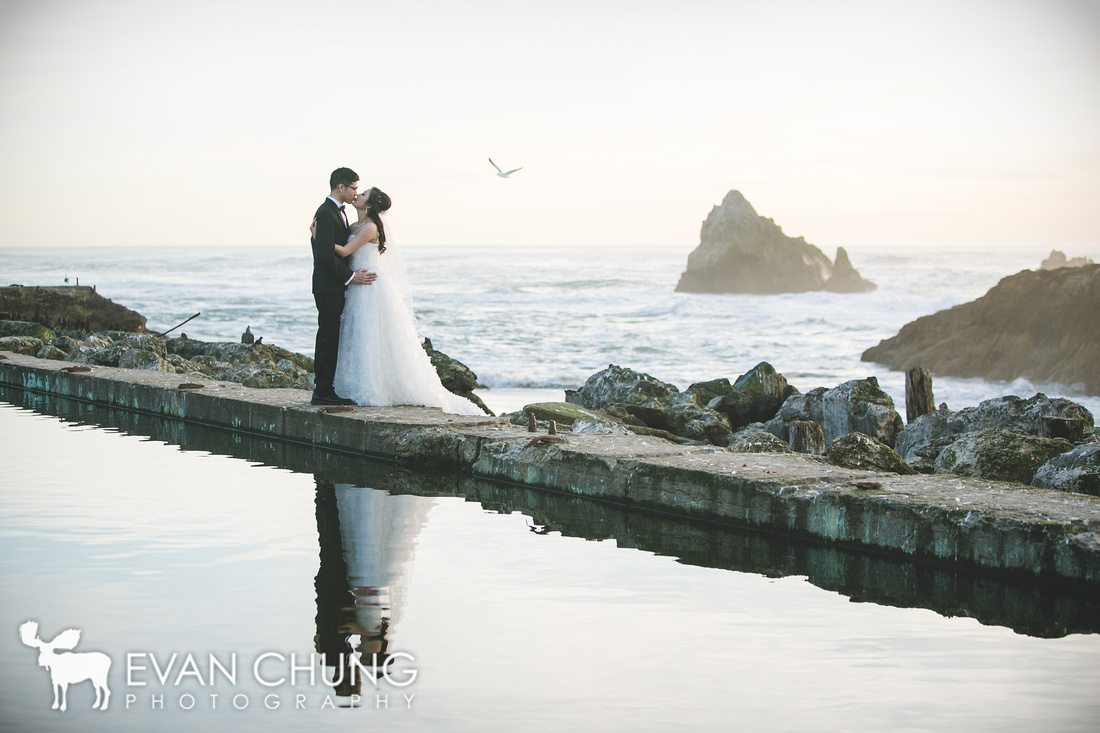 Spontaneity is an ingredient often overlooked in engagement sessions. As a wedding photographer, I spend so much time planning the shot and preparing for the day, I sometimes forget to let go and see what kind of images are produced when the shot list isn't over scheduled.

Mickey and Sabrina's San Francisco engagement was planned for the iconic Crissy Fields and Sutro Baths. Like any good San Francisco wedding photographer, I have photographed these locations many times, but something about this shoot was different. Maybe it was the fact that they chose to wear their wedding day attire for the shoot, or perhaps it was the creative ideas that the couple brought with them. I can't quite put my finger on it, but there was definitely an excited vibe to the day.

Mickey and Sabrina were wonderful to work with. They had done their own homework on how to pose and were amazing at taking what little direction I needed to give. Combining this with the day's spontaneity and the beautiful weather, we were able to get photographs like the ones of the golden light streaming through the trees. As we drove from Crissy Fields to the Sutro baths, we saw an awesome wooded grove with sunlight shining through. We made a sharp u-turn and started exploring. This would throw us off schedule, but I listened to my instinct to follow the light and captured some of my favorite shots of the day. Little did we know that this would also give us the perfect light when we arrived at the Sutro Baths.

The Sutro Baths were as beautiful as always and the lighting couldn't have been better. Mickey and Sabrina had seen a silhouette shot I'd taken previously and they wanted to create their own version of it on the seawall. I agreed but the whole time I was nervous that they would crash into the water on one side or fall onto the rocks on the other. Thankfully their feet remained steady and the shot we produced took our breath away. Mickey and Sabrina were amazing, and I can't wait to shoot their wedding later this month. 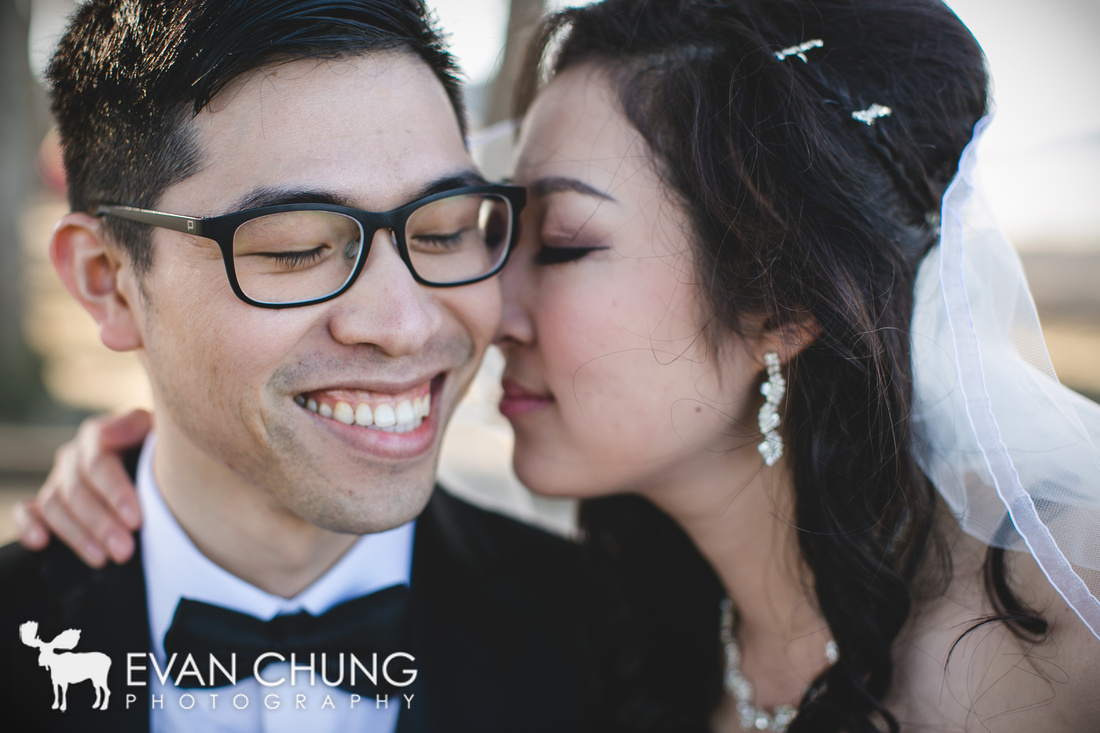 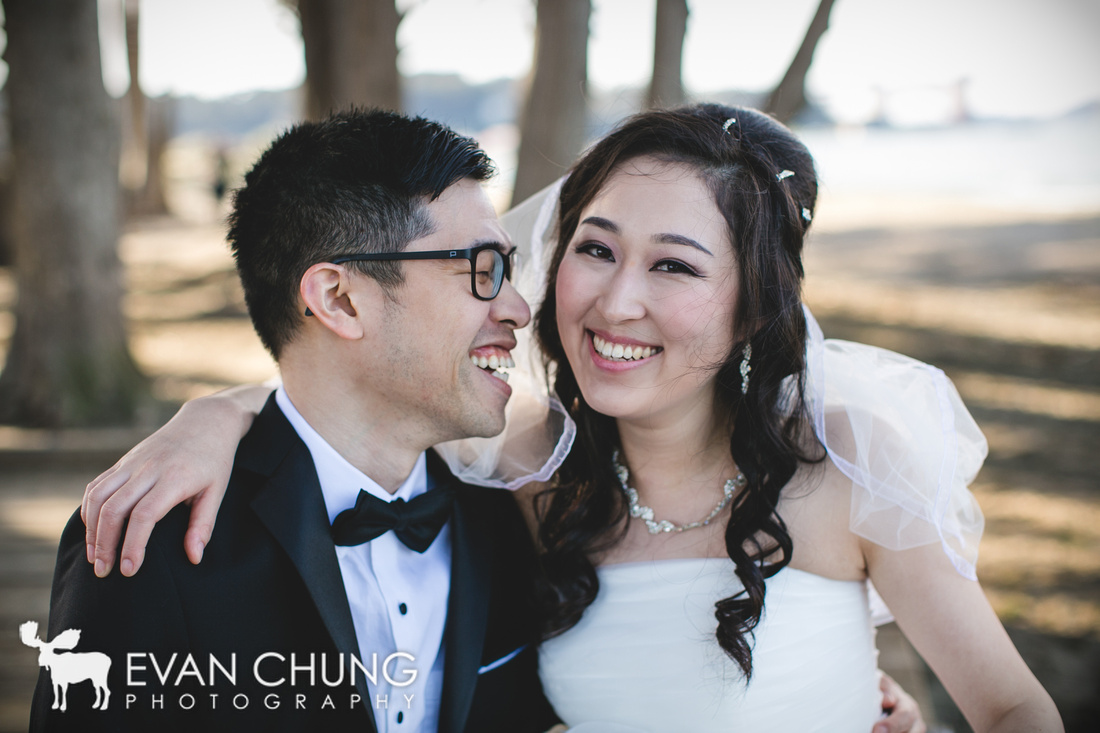 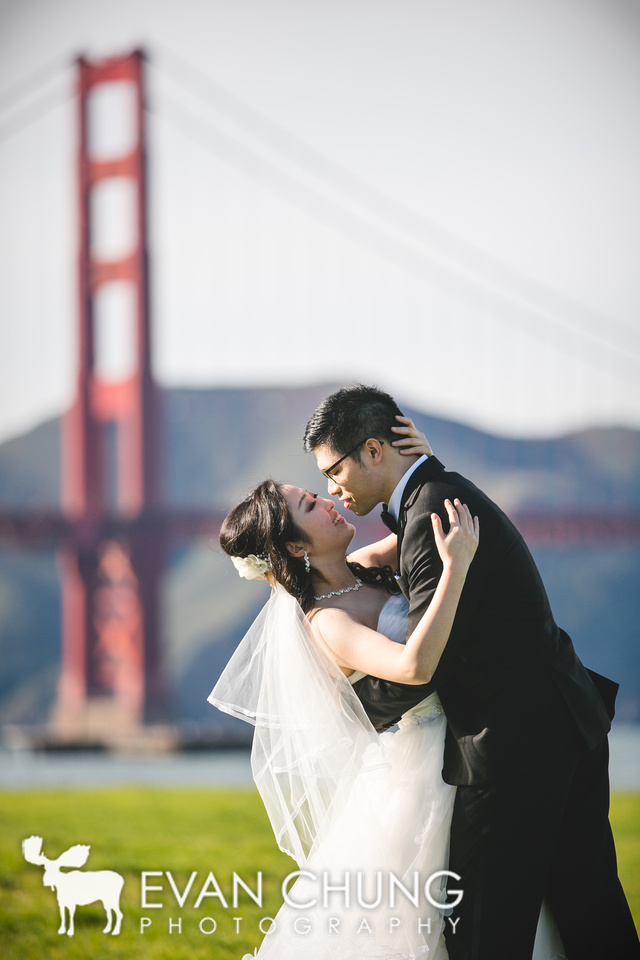 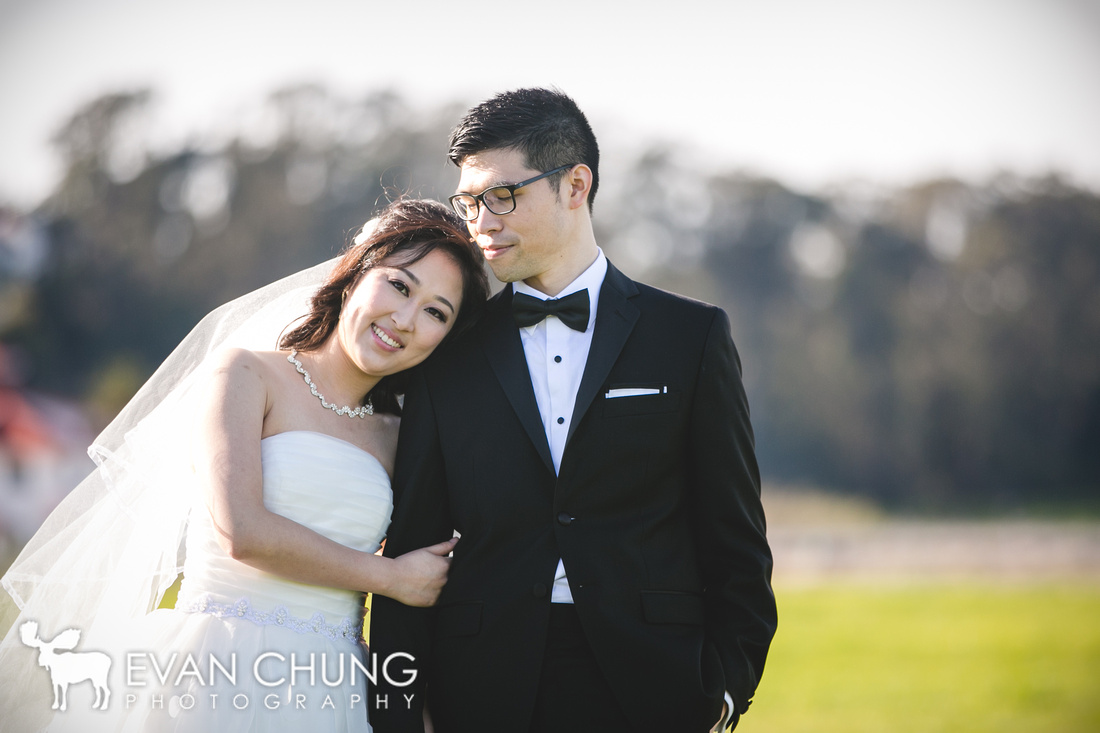 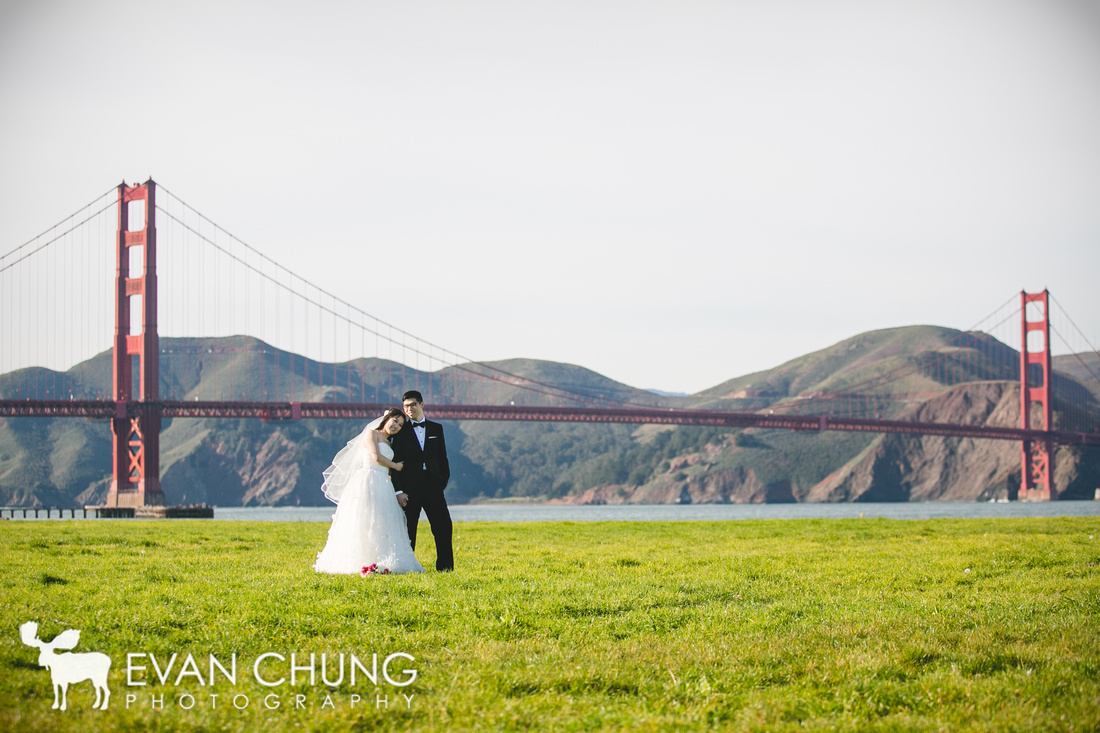 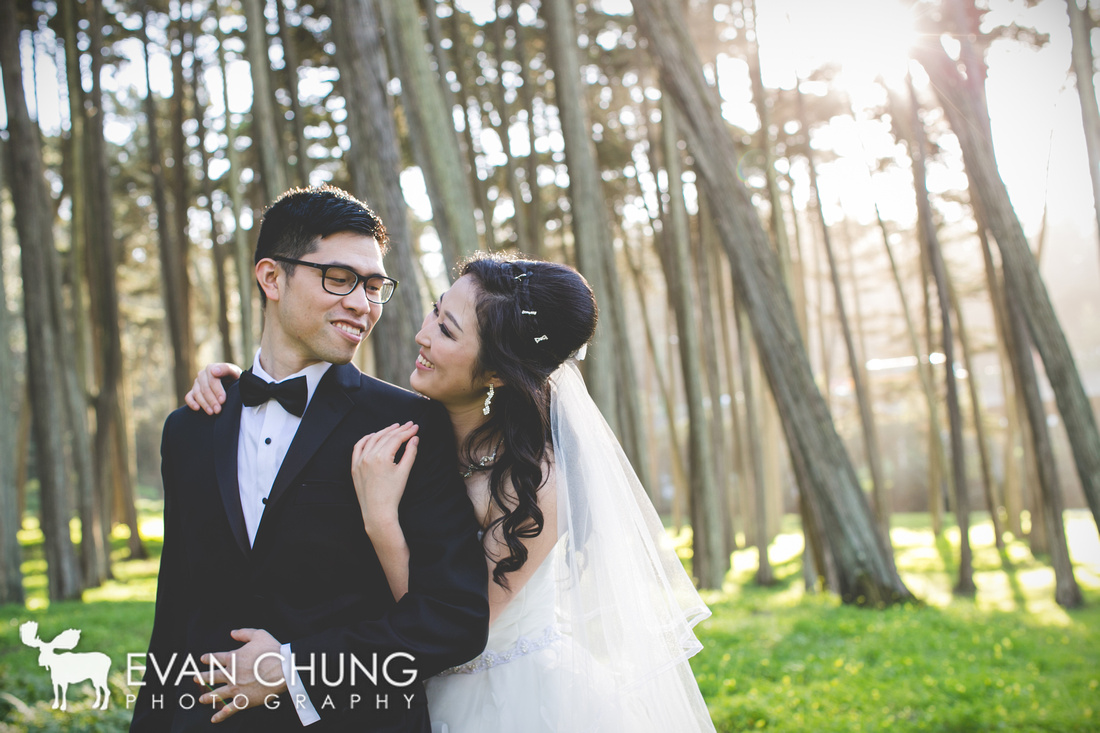 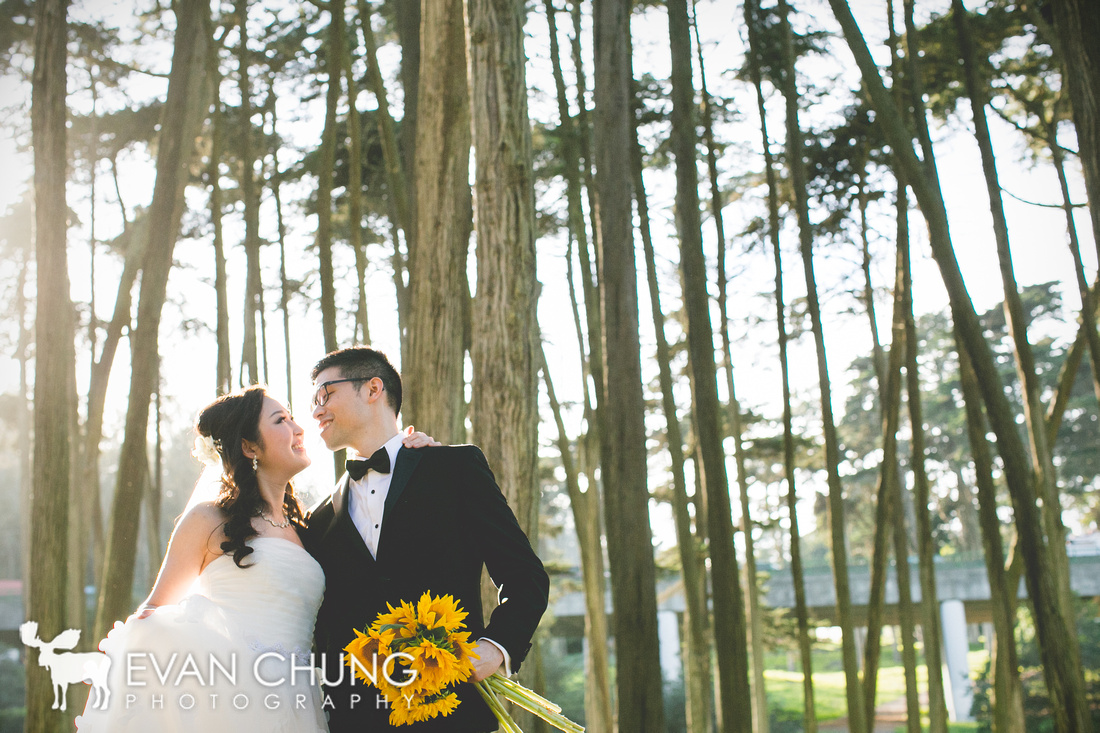 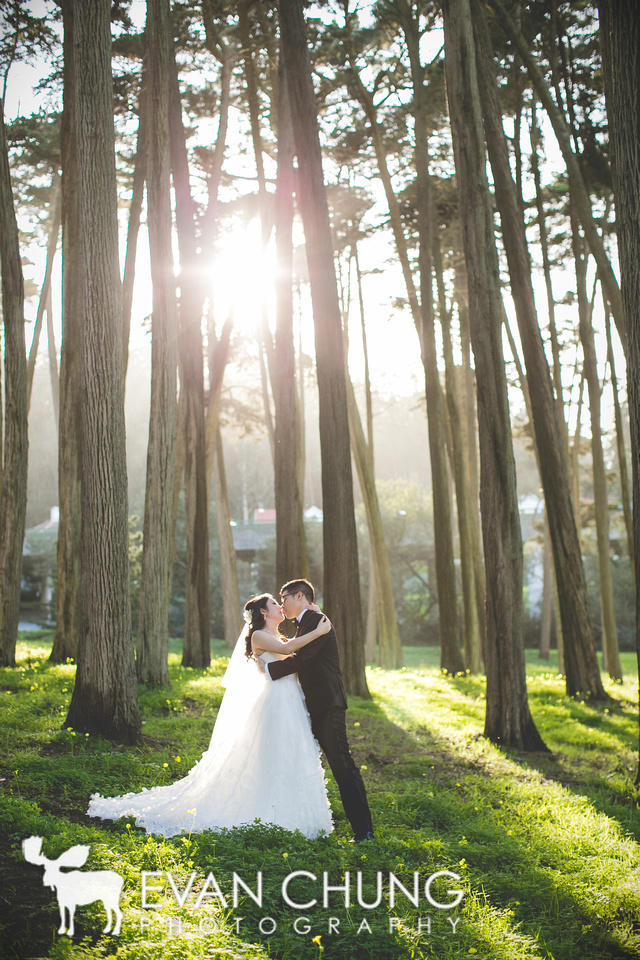 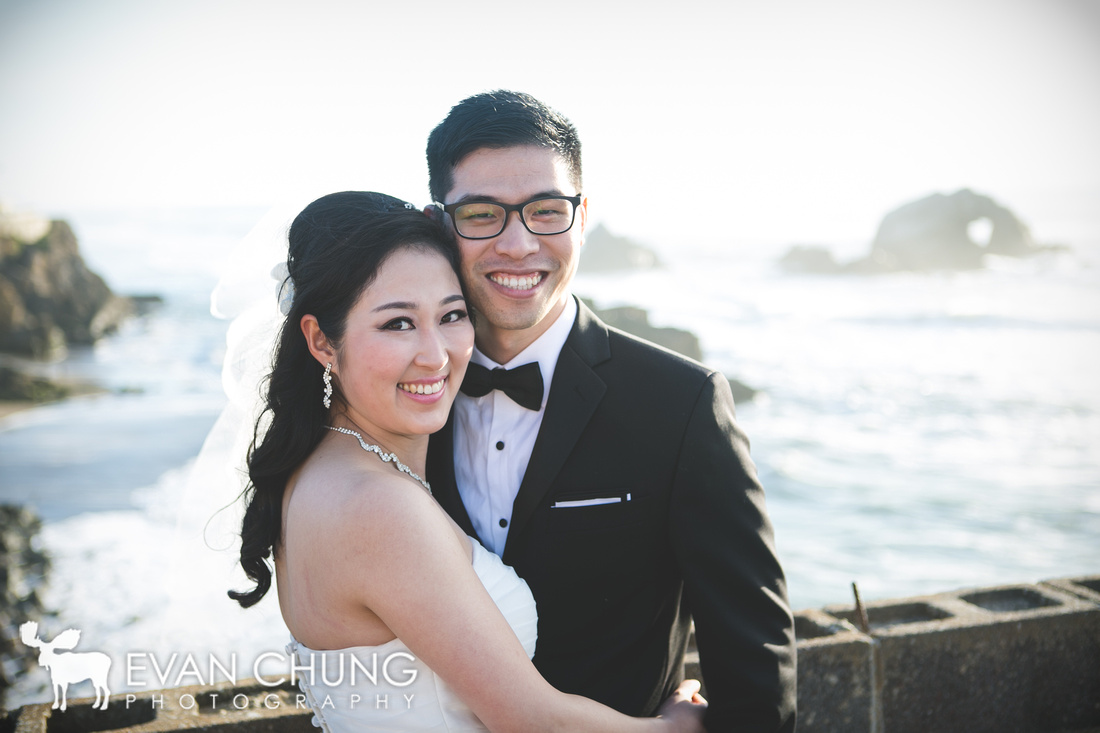 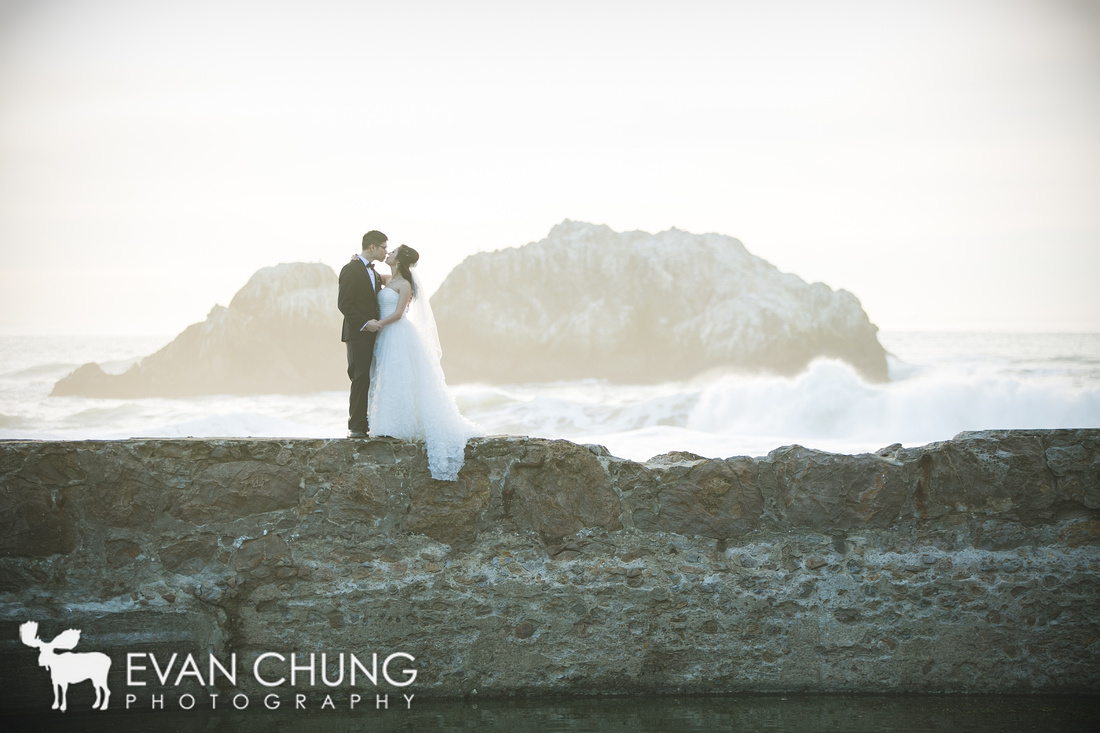 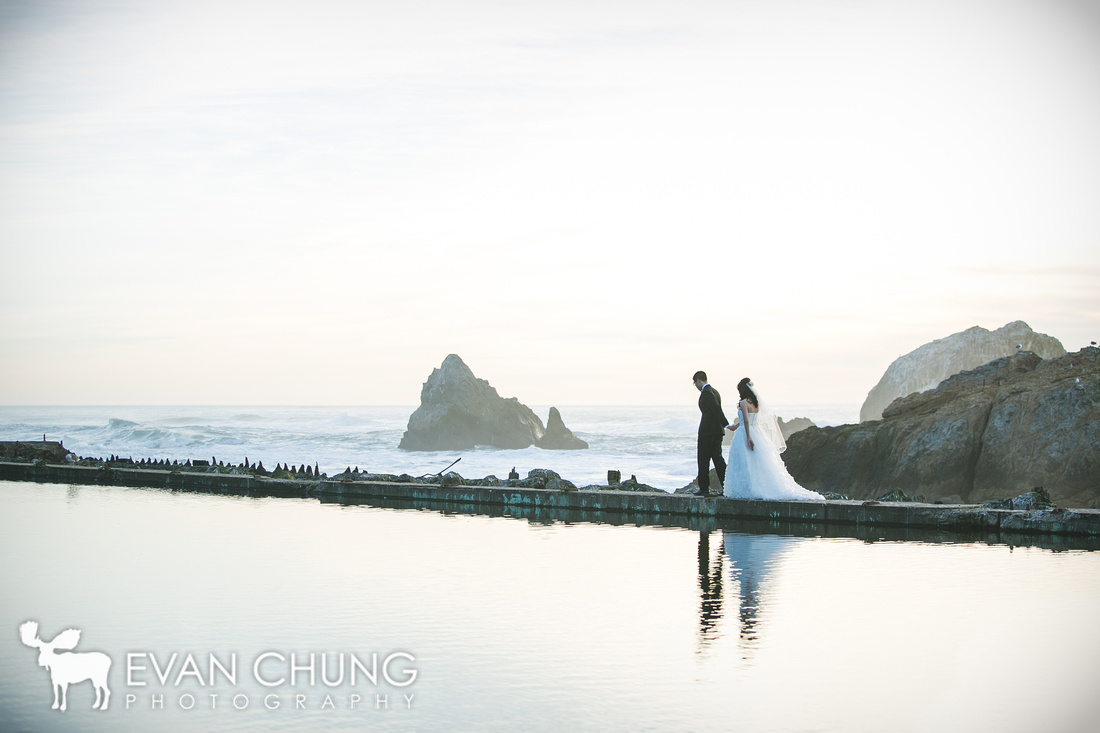 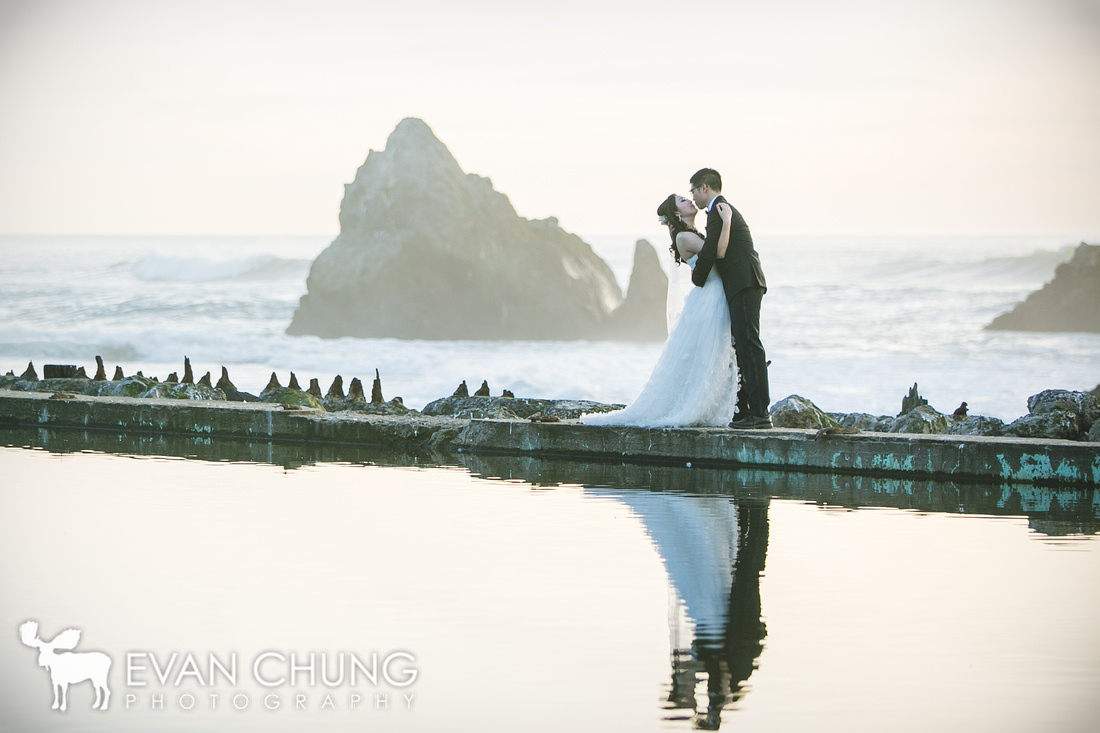 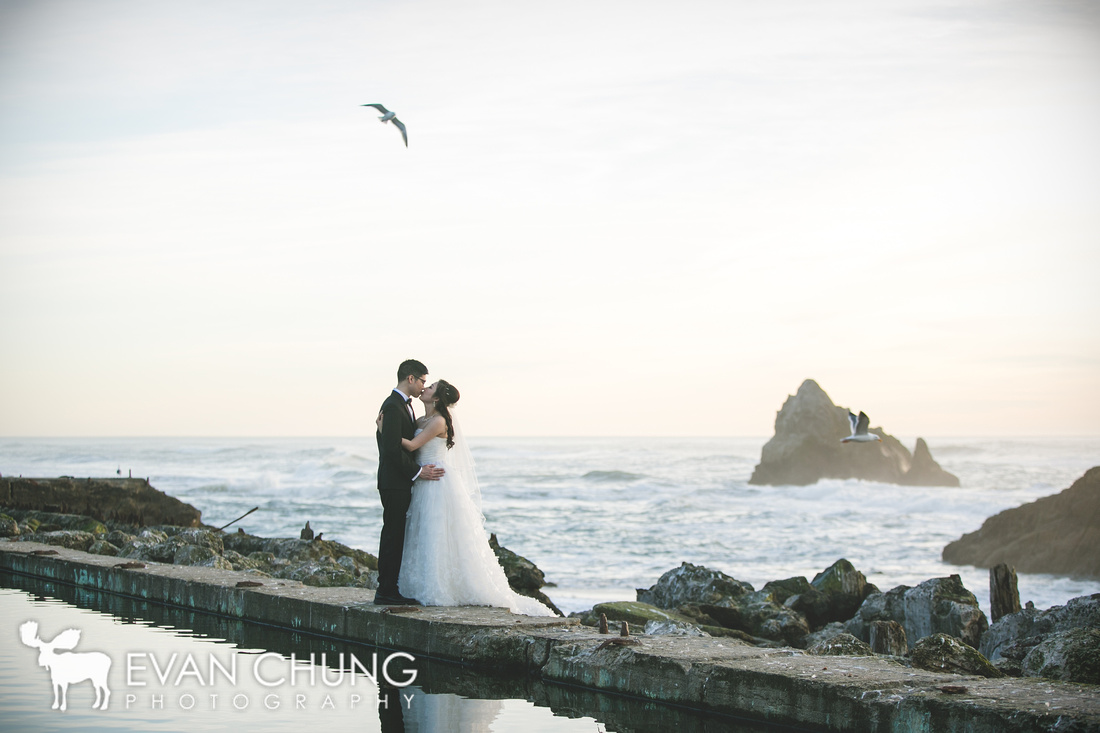 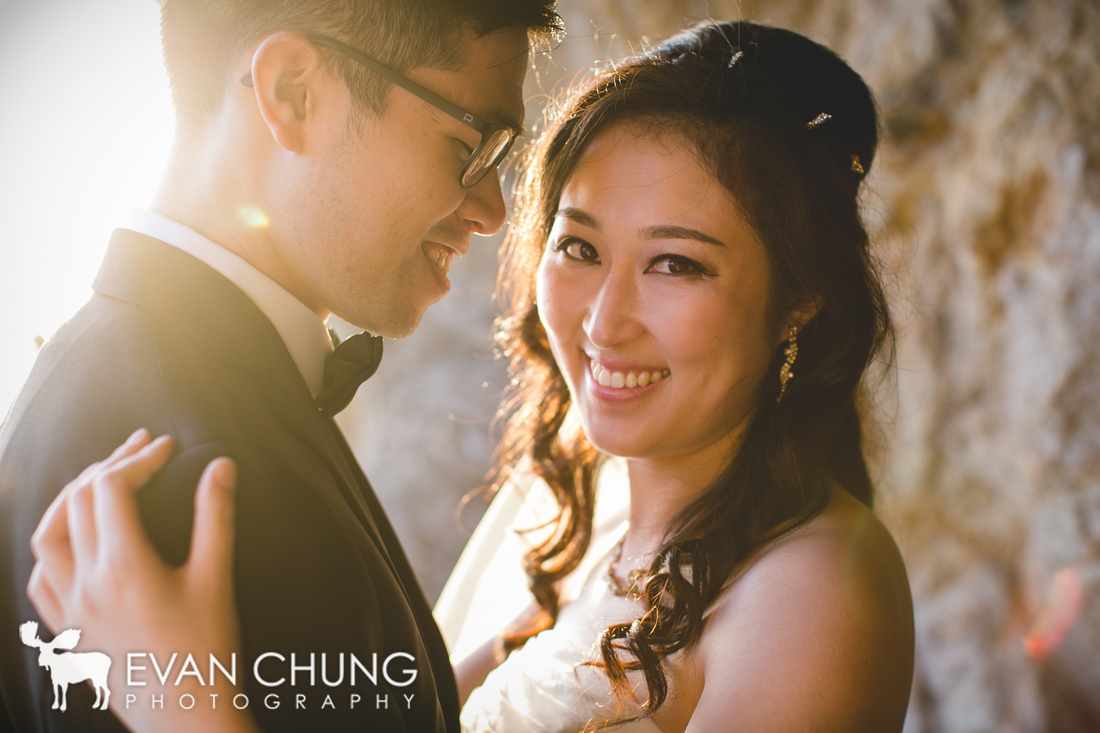 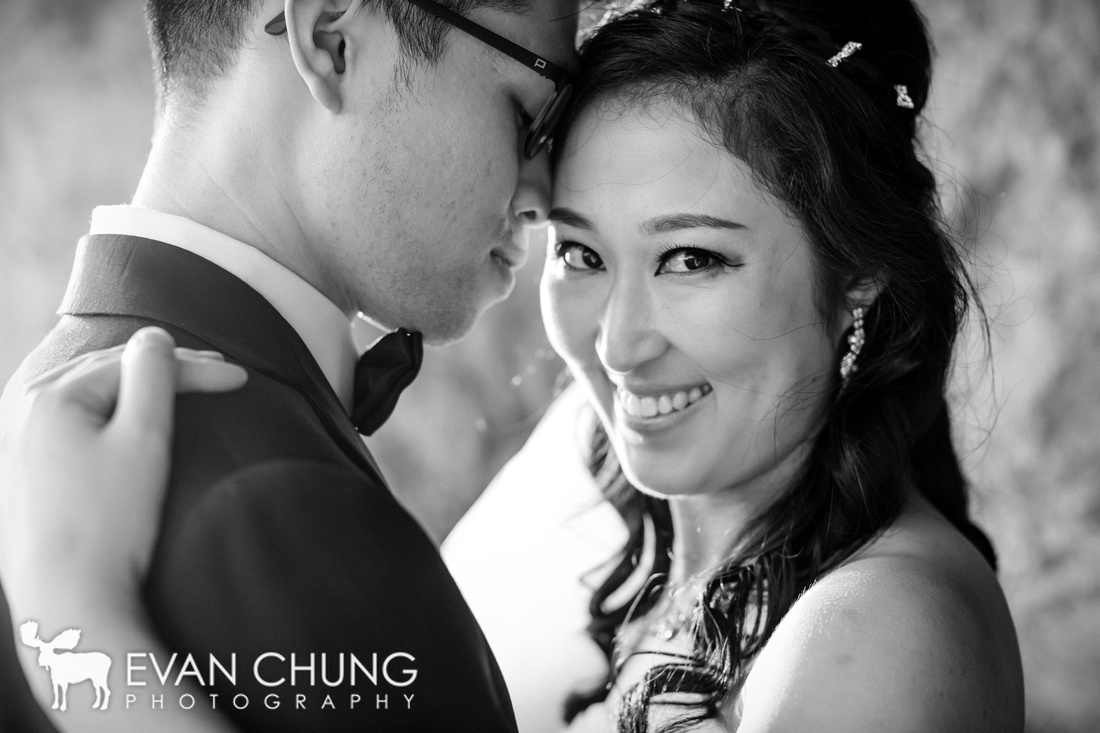 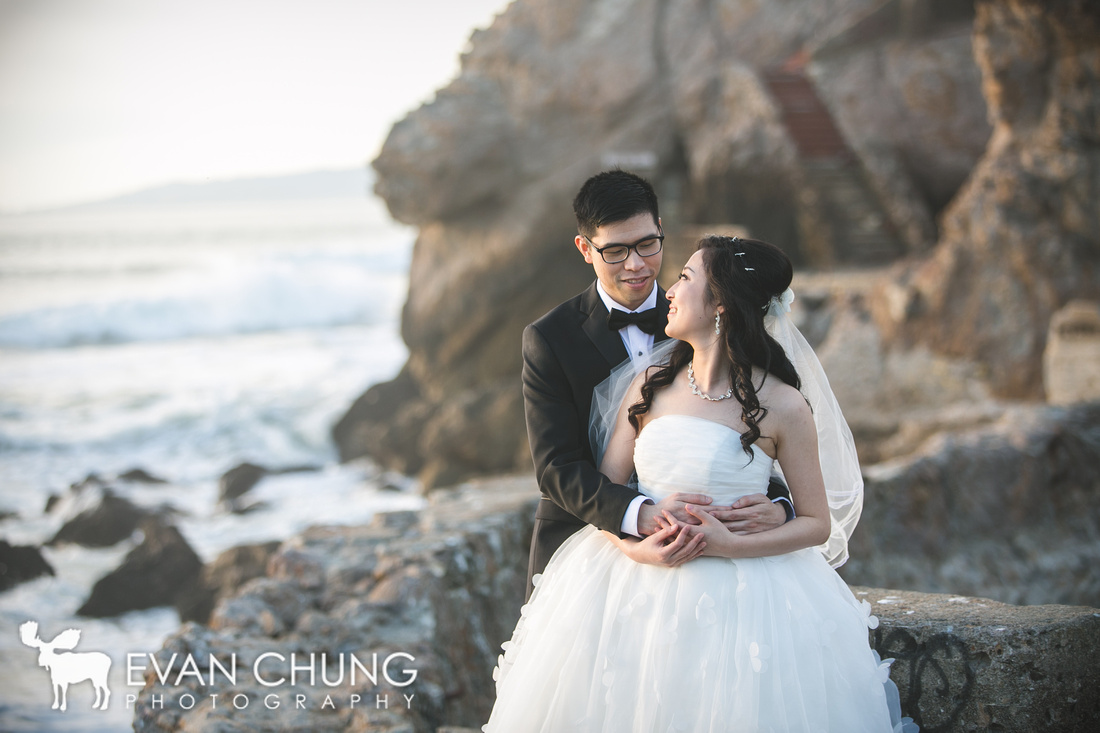 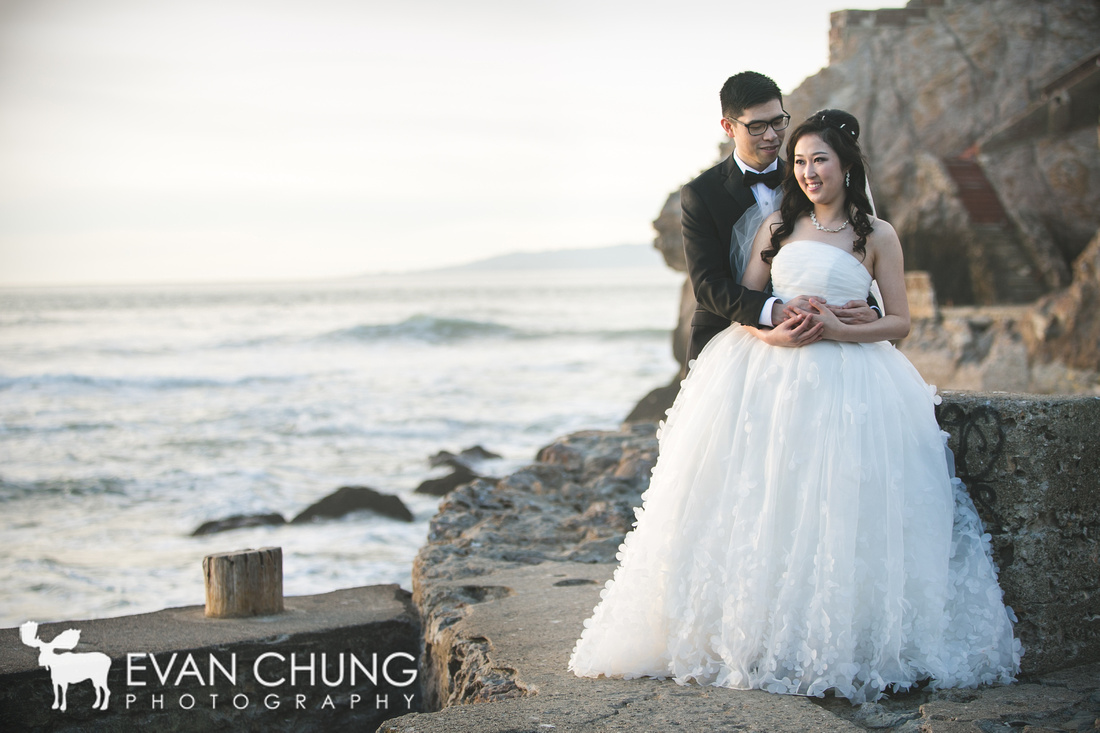 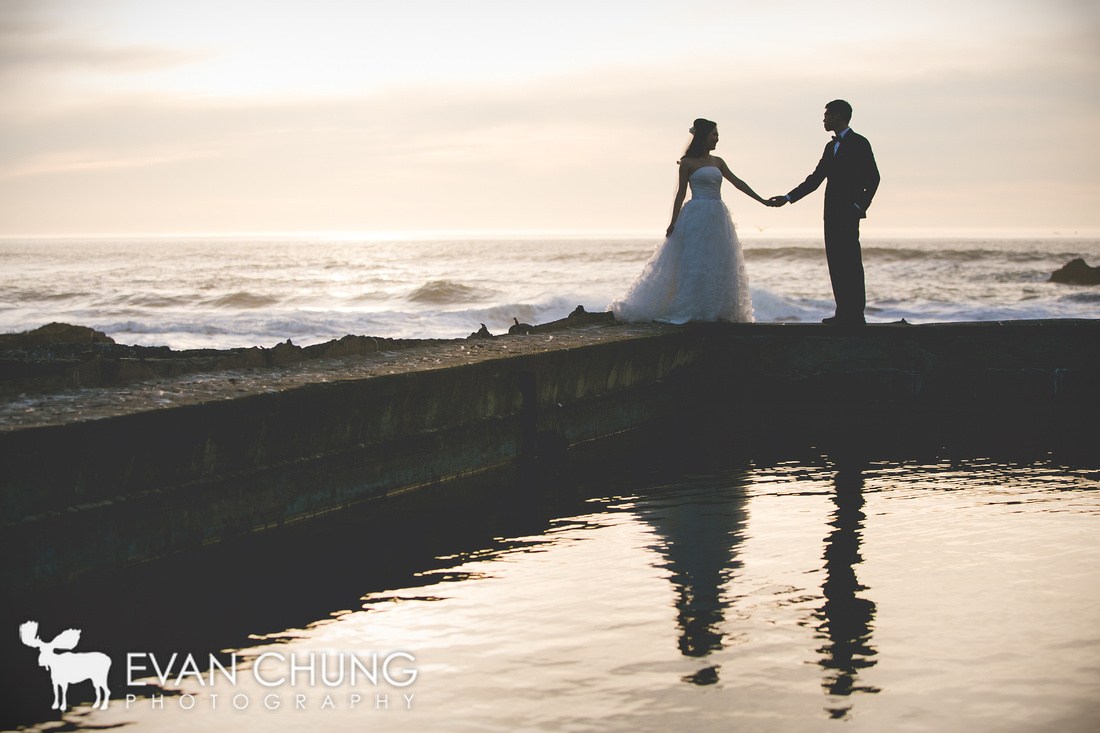 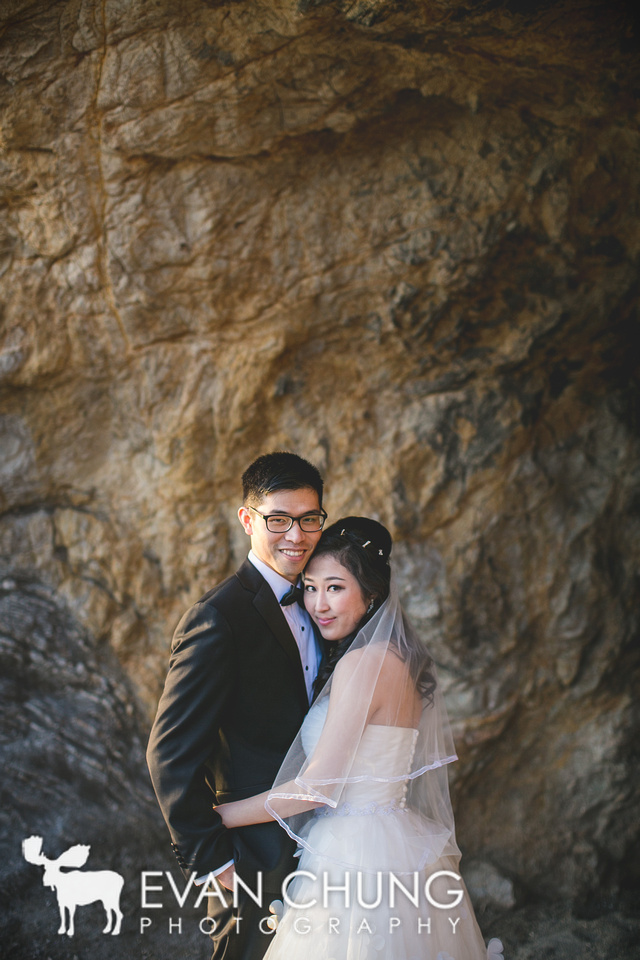 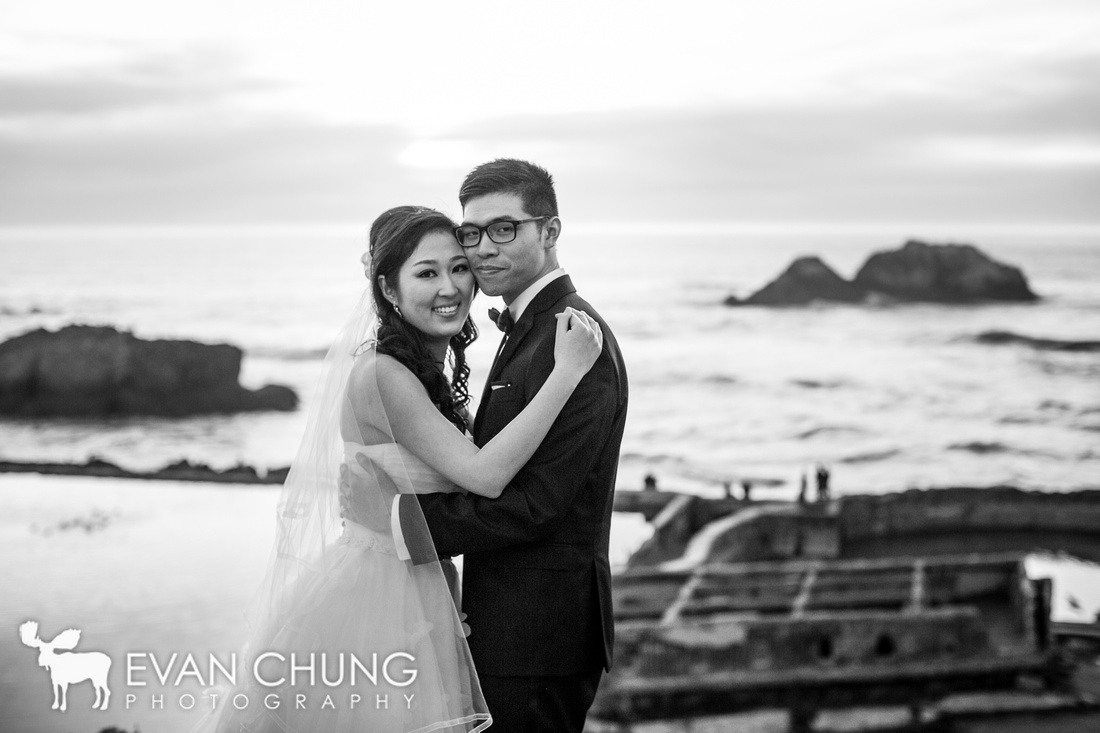 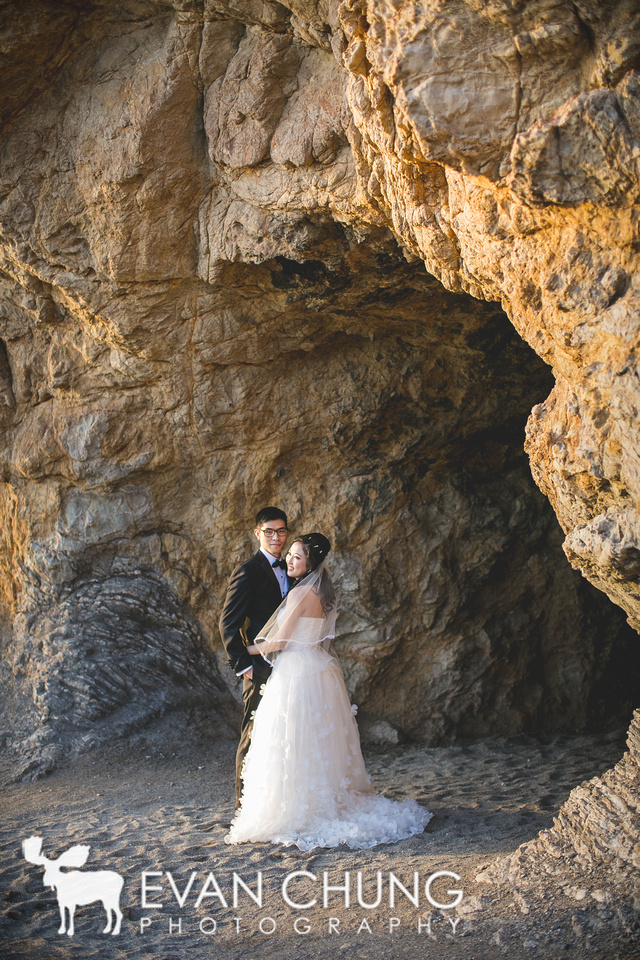